Well, due to the very slow internet connection in my hostel, sometimes I become very lazy to online. The only good thing is they give us xsocam, a place where I can download songs, movies, programs or whatever they shared there just in a few minutes. So, I often watch movies instead of online. I forgot who asked me to download gossip girl but yeah I downloaded it from that server. Now here I am.. writing about this gossip girl. lol.

Gossip Girl is an American drama television series based on the book series of the same name written by Cecily von Ziegesar. The series was created by Josh Schwartz and Stephanie Savage. On February 24, 2009 The CW renewed the show for a third season. Narrated by the omniscient yet unseen blogger "Gossip Girl", voiced by Kristen Bell, the series revolves around the lives of privileged teenagers attending an elite private school in New York City's Upper East Side 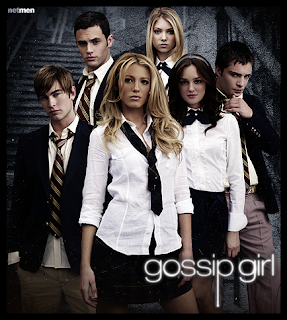 This series is totally complicated. 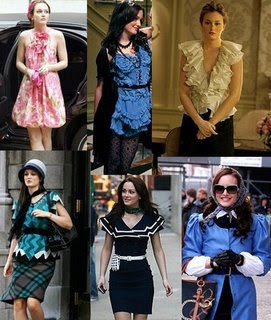 My favorite character is Blair Waldorf (Leighton Meester), the Queen Bee of Manhattan's social scene. Imo, she is a very smart person. lol. Even though sometimes what she thinks and does are crazy. Another great thing is she never used the same clothes! lol. Damn jealous. Almost all of her clothes are very cute ♥.

I just finished watching the season 2 and I am going to start the season 3 soon. lol.

And maybe I will buy the book as well. :p 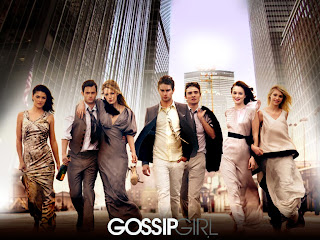 You know you love me. XOXO. Gossip Girl.