If you don't know, I like to make cards hahaha..
Here are some of my cards : cute card, xmas card, Trace's card and some others that I made last time but I did not post it here. Anyway, another fyi, most of the time it's inspired by others (I just copy lolll). So credits still go to those original creator not me haha..


So for this valentine, I made another card as well. hihihi. Hahahaha..
It is a pop up card lol, but doesn't really pop up huhu, but nvm, quite satisfied with what I have done HAHAHA. I used the same character with the one I made last time. 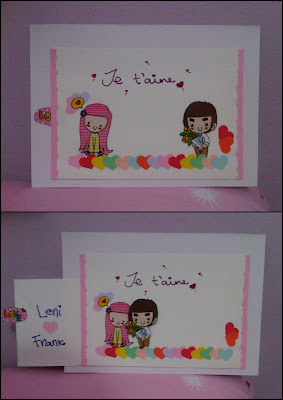 Hahahaha! Don't you think they are cute???? =x I mean the characters :p

So there's my handmade valentine's card.
Ah, this one too, I found the idea in the internet :D
Google rocks! 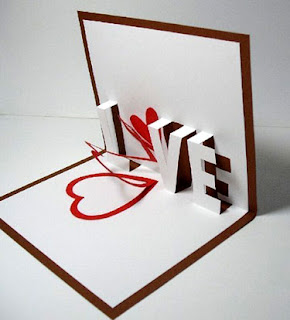 Okay that is the one that I found in google. I know I know, mine is not as neat as that one but well, I'm still satisfied though! :D 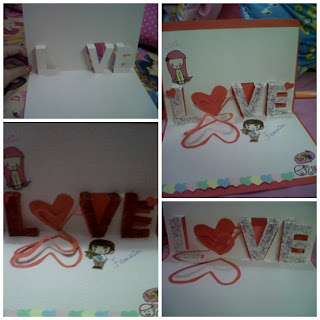 What a super cute valentine card :)