The second day in London, we went to the Parliament house. We went early in the morning but the house opened quite late, 10 or 11 I forgot hahaha. So before we went there, we went to do sightseeing first :P 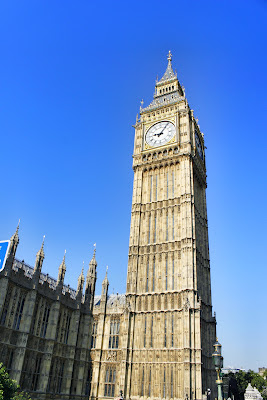 IT'S BIG BEN, PEOPLE!
Big Ben which was renamed Elizabeth Tower to mark the queen's 60th year on the British throne. 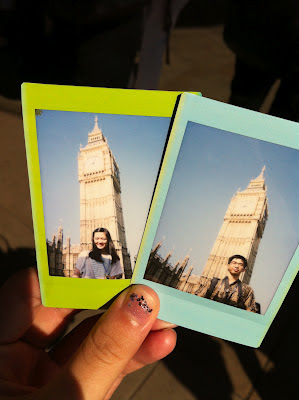 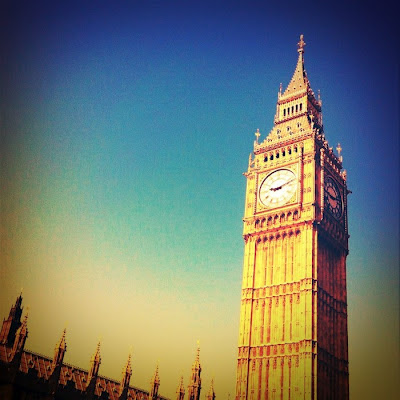 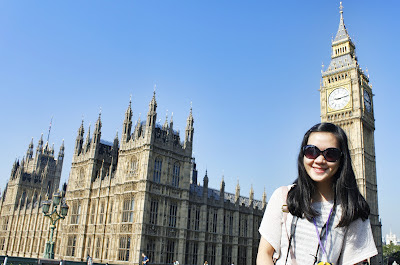 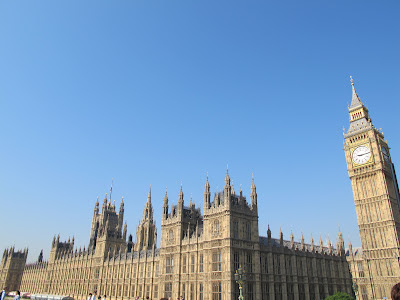 From Big Ben, our next stop is the London Eye! 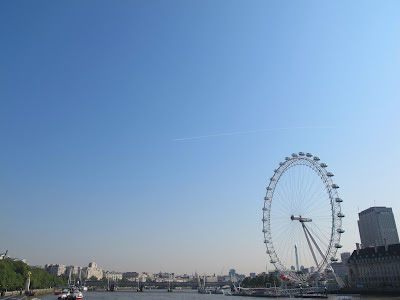 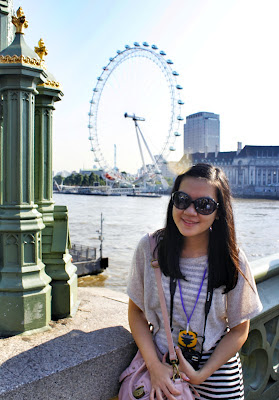 It was sunny but not hot, windy but not so cold, perfect weather! I miss it =( everything is so pretty.. hahaha 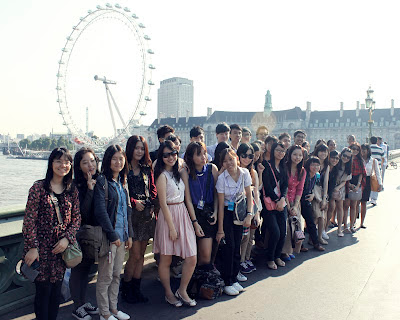 Then we walked to the London Eye side and I had the idea of taking this picture.. 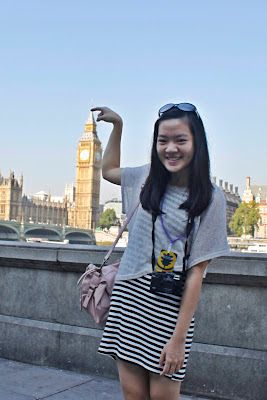 Then I asked Adi to pose too! 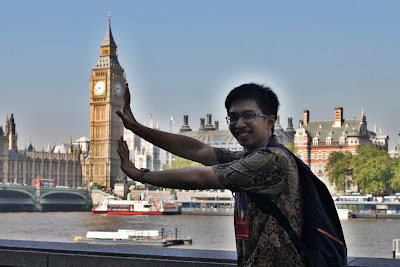 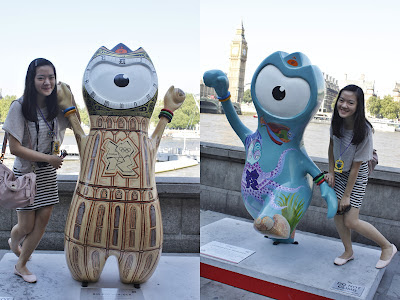 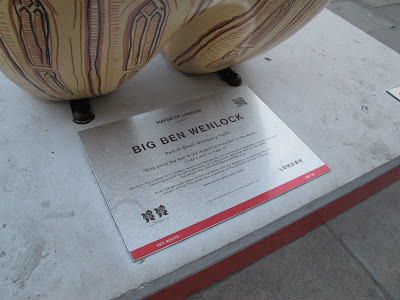 Somewhere there, there's a shop selling souvenirs all about London and UK.. 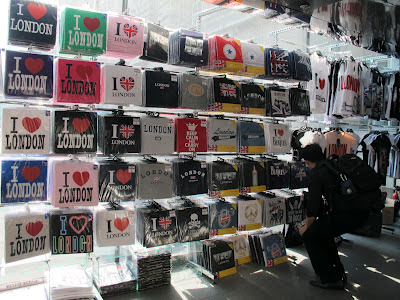 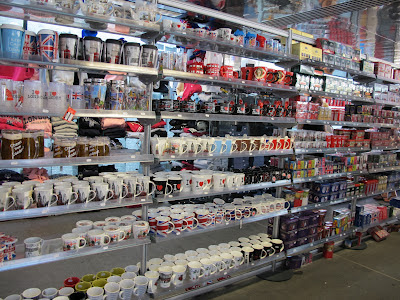 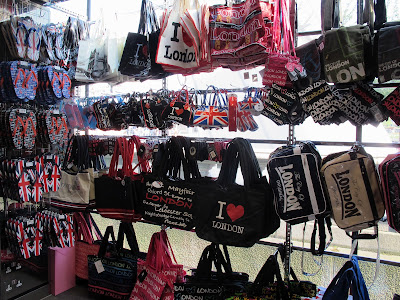 Coz it is a tourist area so it's a bit pricey in that shop. I had whole weekend in London to explore cheap stuffs :P. Therefore, I didn't buy anything except these VERY CUTE postcards! 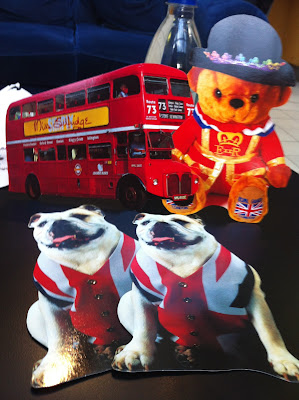 The postcards are shaped in super cute shapes! Hahaha, I was like all omo this is so cute, that one also so cute, which one should I buy??!! Hahaha..

From there we went to the Parliament House.. On the way there, we saw this guy.. 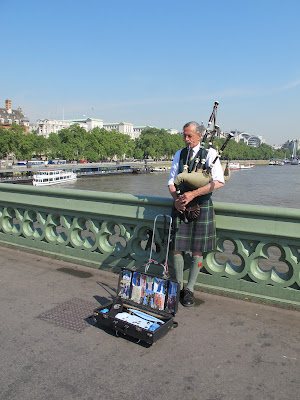 A lot of street artists and musicians there, and they actually play very good. 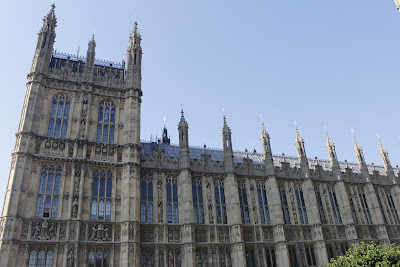 Reached the Parliament House! =DD Can't take pictures inside so no pictures.. The event finished at around noon, then we all walked to Trafalgar Square to have lunch, and then it's our free time so we can go anywhere we want. 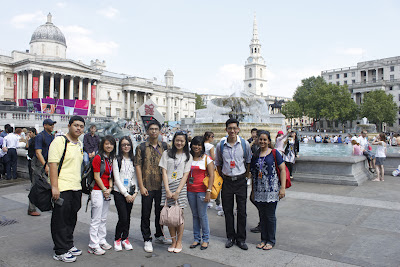 There was where we had our lunch. It was enough crowded when we had lunch there, but the next next day even worse coz during Olympic time. Like super many people haha.

After our lunch, we went to Buckingham Palace. Here are some of the pictures taken on our way there and there. 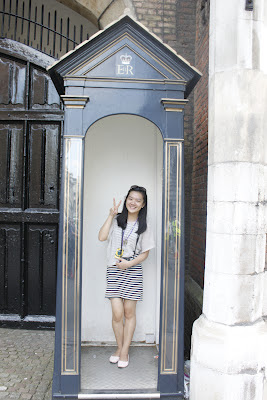 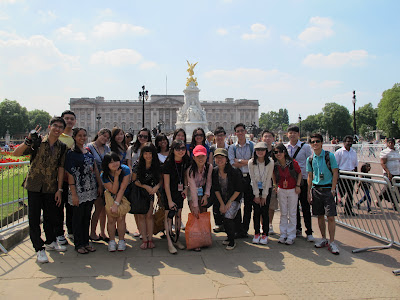 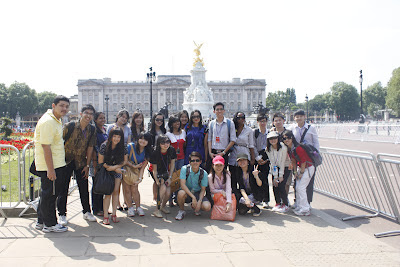 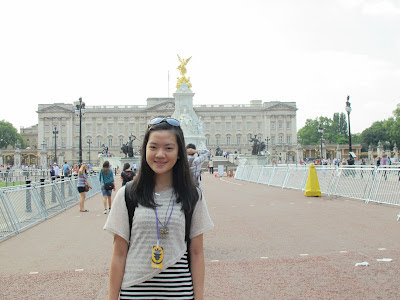 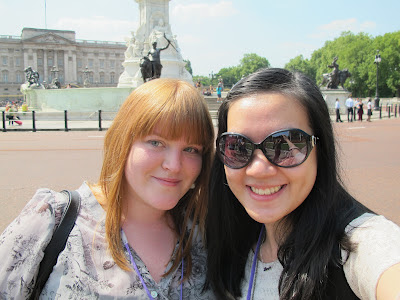 This is Louise. Her hair is so pretty! 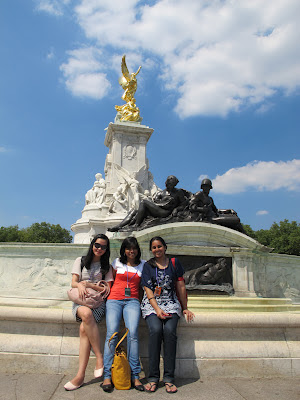 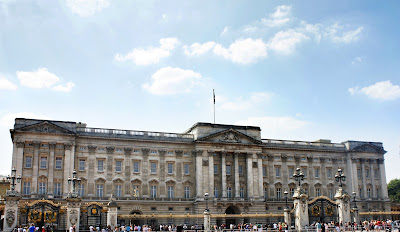 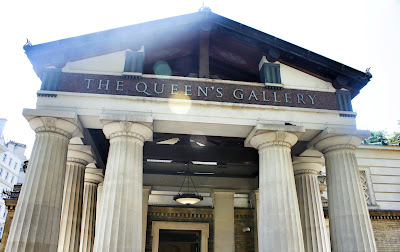 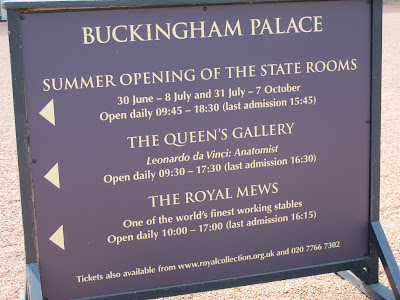 Adi, Anita, and I went to the Queen's Gallery while others went to other places. We thought we already came all the way there why don't give it a try hahaha. So we saw the work of Leonardo da Vinci. 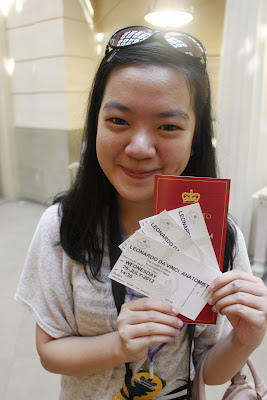 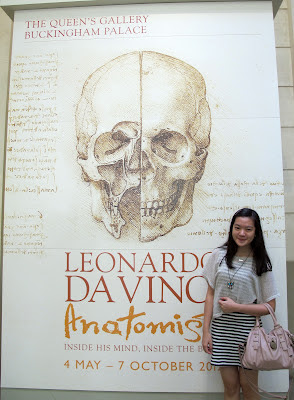 Inside is the work of Leonardo da Vinci. It was interesting and quiet. They have the audio that explain about the work for each of us so we can really learn a lot from there. Entrance fee was 8.50pounds each because we used student card, if without I forgot how much, but not big difference, still less then 10. =DD