Back with UK post!
Someone has actually asked me when I will do a wordy post again haha.

I wanna say "so here is one!" but if it is the UK post, there's gonna be lots of pictures! Hahaha.

I told Adi that I wanna go Liverpool badly, that if I did not go, I know I am gonna regret it and will bug him all the time "things will be different if we go Liverpool!" all the time in Manchester if we follow the other guys.

He forcefully needed to join my adventure lol. But it is a total good thing he followed me! :p

So decided!
Early in the morning on Saturday, we're ready to take bus to go town to take our train.

HOWEVER.
We did not get any bus for quite some time.
Looking at the bus schedule, apparently on Saturday, the bus does not come that often.

Panicked but not showing, we decided to walk to outside the Lancaster Uni... Yes we walked THAT far, if you know how big is Lancaster uni haha, and waited for any bus to bring us to the bus station so we can take another bus to the train station. 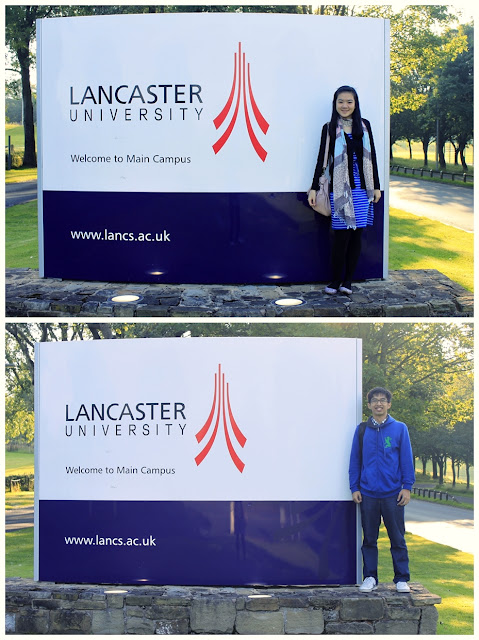 This is sort of one of Adi's mission to take picture with the main sign in Lancaster uni. Yes, we walked till here T_T.

We walked till one bus stop and waited for a bus there to get us to the town. When we reached town, we can't find any bus to go train station, and was thinking wanna take cab. However, Adi went to ask information and she said it's actually pretty near and walkable, around 15mins. So we walked following her instructions and really quite close! Guess everything in Lancaster is close to each other. lol. Reach there, we're kinda blur lol, and did not see any sign going to Liverpool. We thought we miss the bus, and need to wait for another hour.

I went to ask the information what time the next train to go Liverpool and he checked and said "2 minutes". Then we got even shocked and straight away ran to the panel and waited there hahaha.

Lucky I asked! and Lucky us!! If we reached two minutes late, then we're gonna need to wait for another one hour =O. Thank God for that!

We need to transit to Wigan first, and take another train from Wigan to Liverpool.

So when we reached Wigan and noticed that we still have some time before the next train to Liverpool, we got off the train and went around Wigan city. 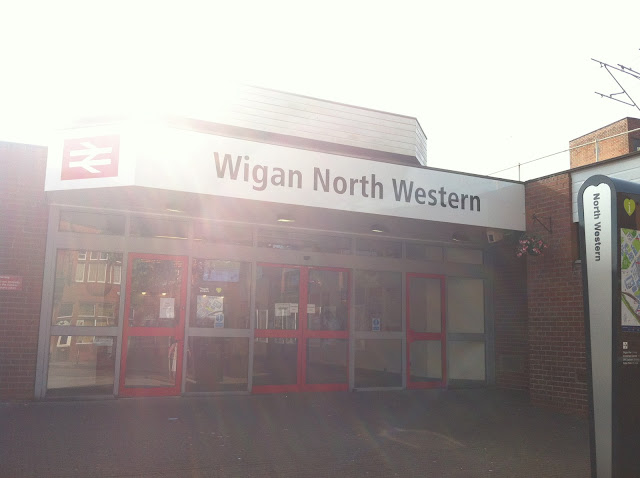 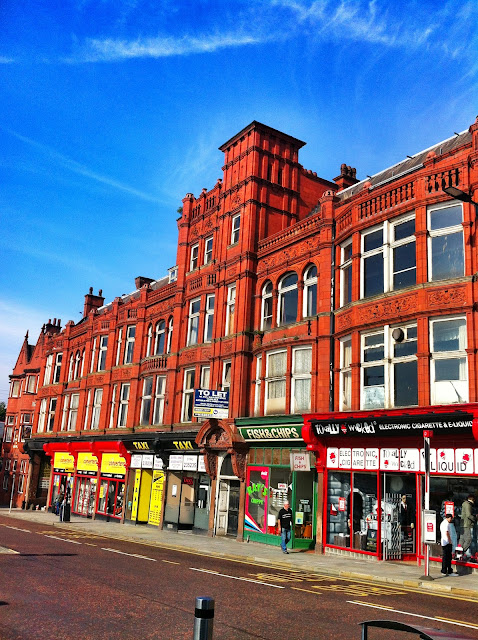 My iphone captured a very good picture, didn't it? 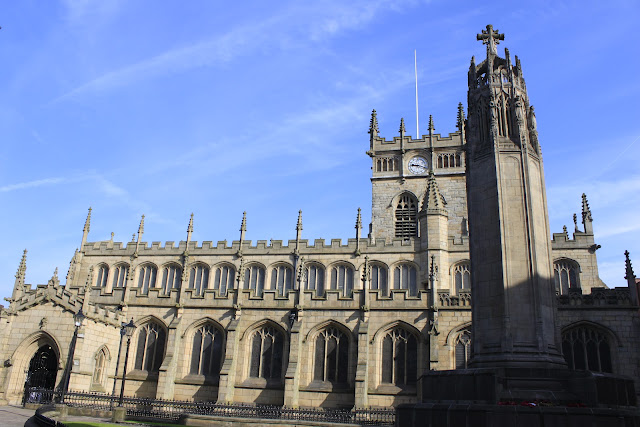 We're so lucky that there's a church nearby the Wigan North Western Railway Station. We get to have a look around and pretty!!! Pretty buildings are everywhere in UK. Hahaha 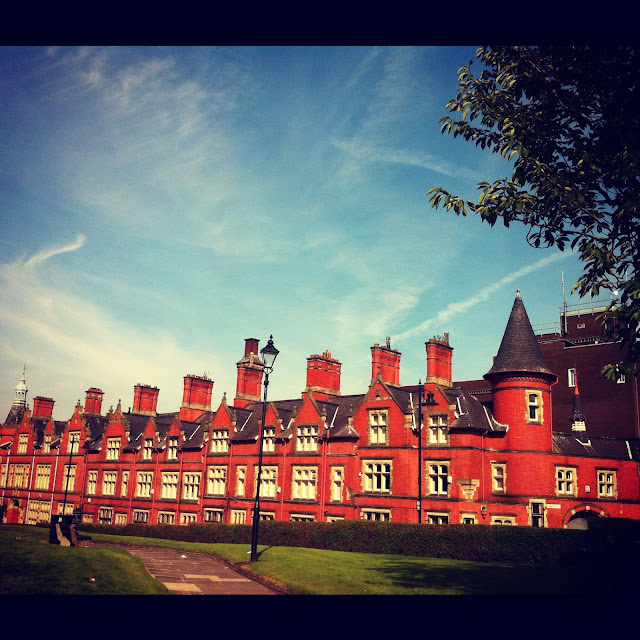 We kinda thought we are not bad, coz most probably only us have stepped on Wigan lol.

We got back to the railway station after took some pictures and Adi bought breakfast.

and after some time, we reached Liverpool! 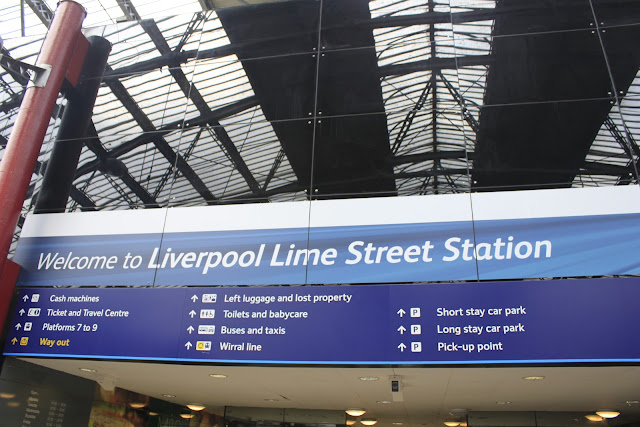 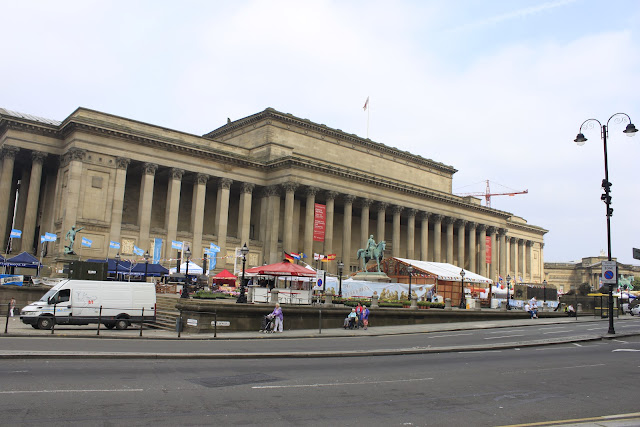 and St. George Museum is just right in front of the railway station. It only costs us 1 pound to go inside, so we went in! 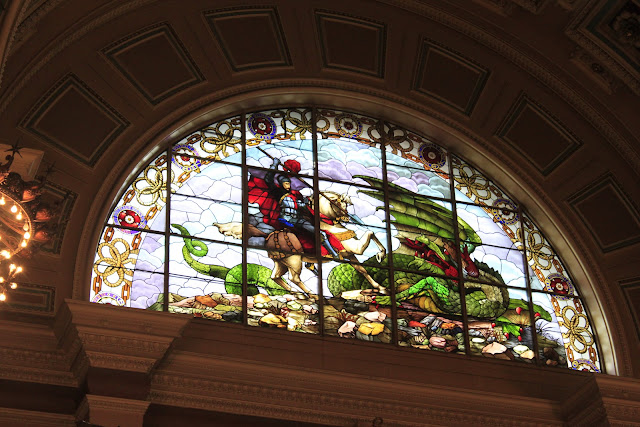 We had just listened to the story about Saint George and the Dragon few days before we went to Liverpool and suddenly we saw the museum haha. If we did not hear about the story before during the lectures day in Lancaster, I guess we won't appreciate it much. Thank God we already know haha. 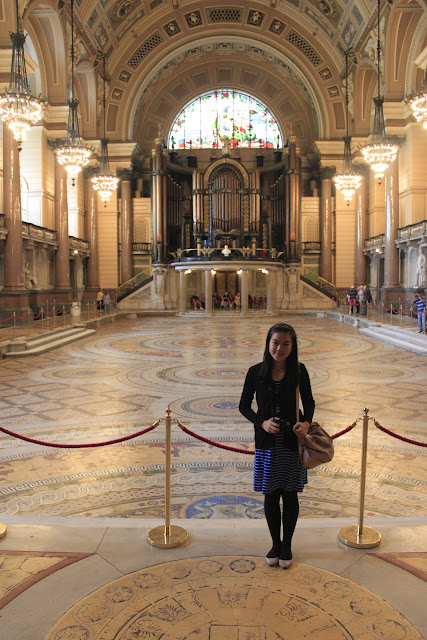 How it looks inside. 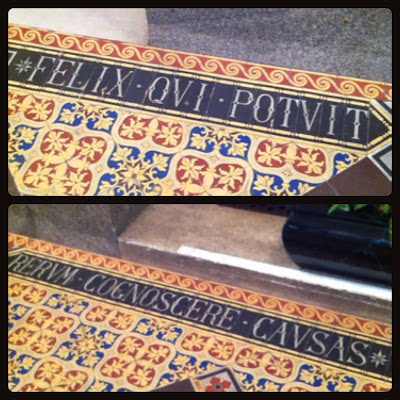 Written on the floor. The fear of the Lord is the beginning of knowledge.

Enough looking around the museum, we went to get a city map to guide us. =DD
Went to the information centre and asked a staff and he's being sooo helpful and getting us the city centre map. We walked the whole city centre! From the railway station, to the centre area where all the shops are, to China Town and to Albert Dock, and walked back to the station. lol.

It's very nice to walk! It's not hot yet not cold. Just nice weather. It's not far and no pollution. Really nice! 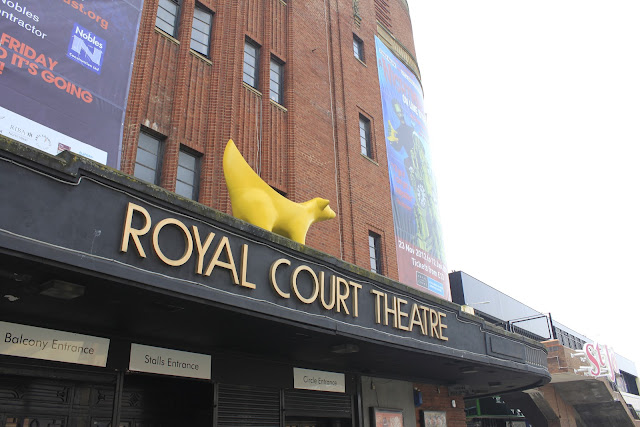 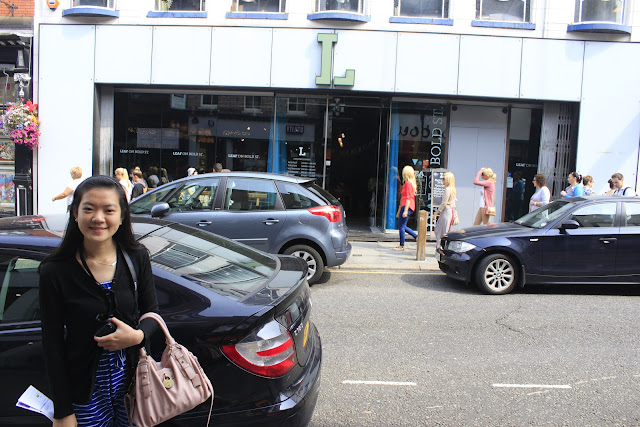 It's a L shop there! Hahaha 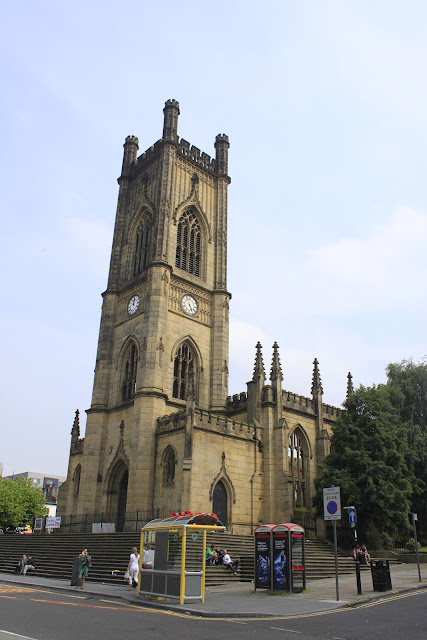 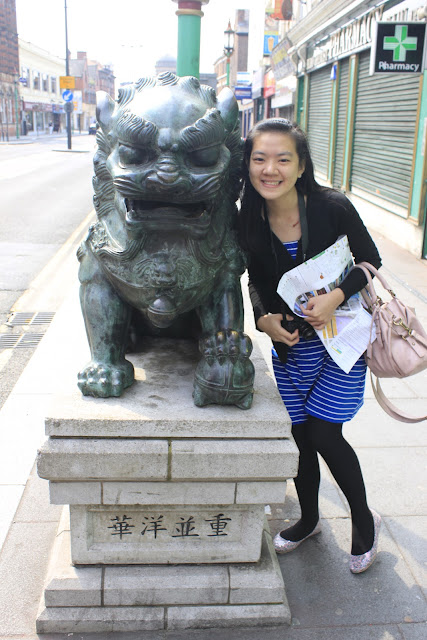 Chinatown! Oh oh! According to some friends, Liverpool is freezing.. that's why I wore cardigan and stocking ._. but actually it wasn't that cold. So I actually took my stoking off when I reached Museum of Liverpool.. 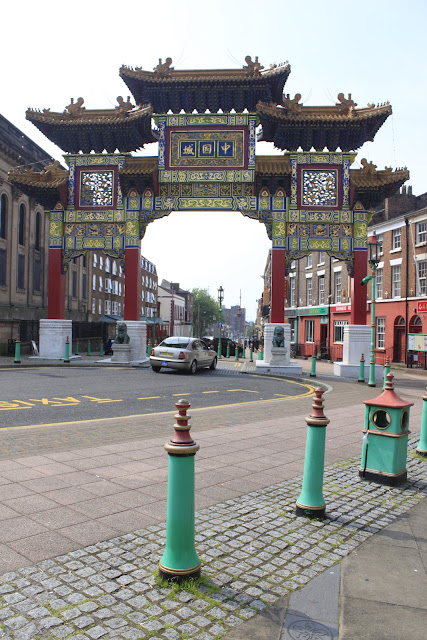 Coz it's still so early, nothing has opened in the China Town hahaha 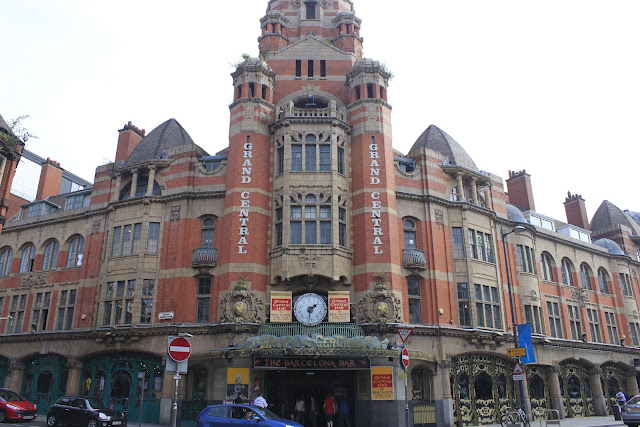 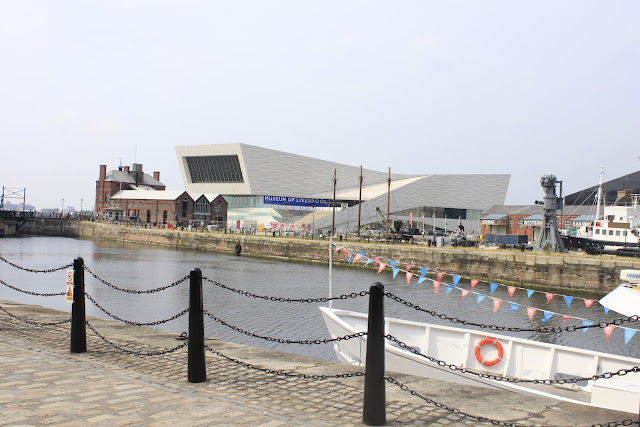 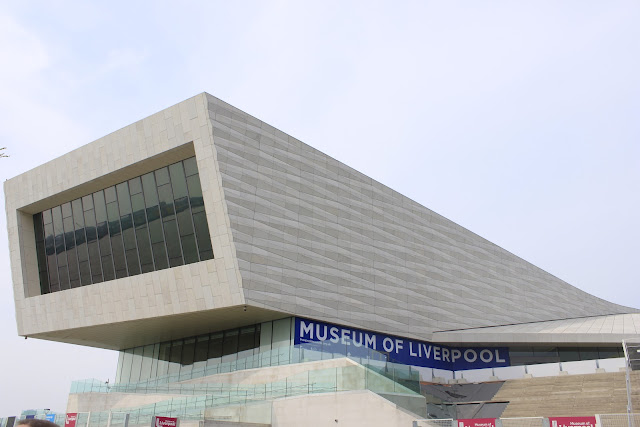 Went to Museum of Liverpool. Free of charge! Lol 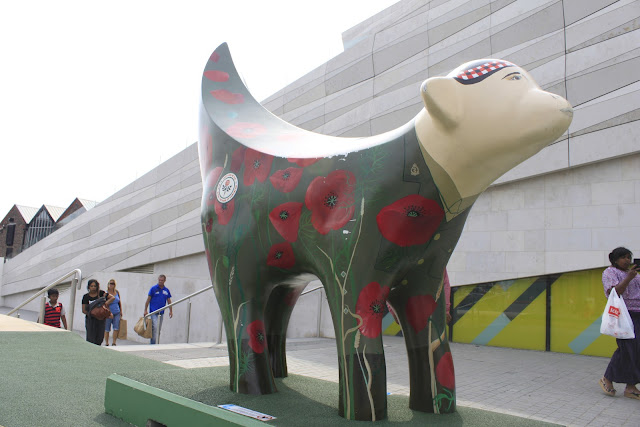 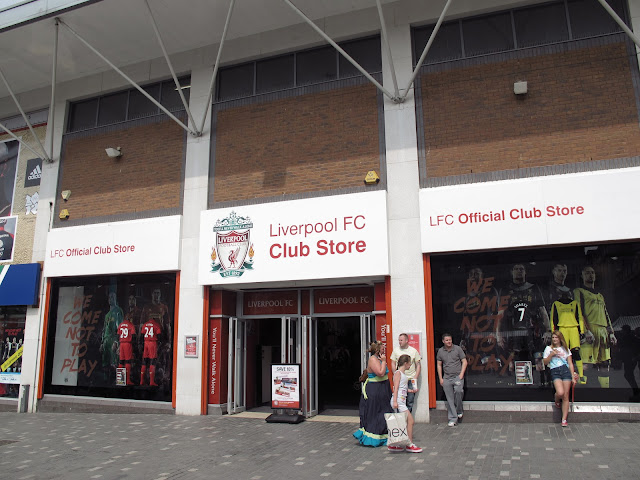 Walked around and saw LFC Store. 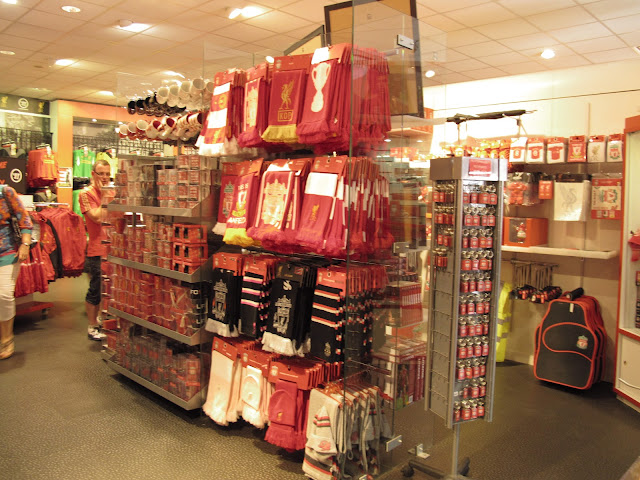 Went in and only bought a set of card game for my bro coz I didn't know what else to buy. Can't recall anyone I know who likes Liverpool lol. Seems like everyone loves Manchester United ._. 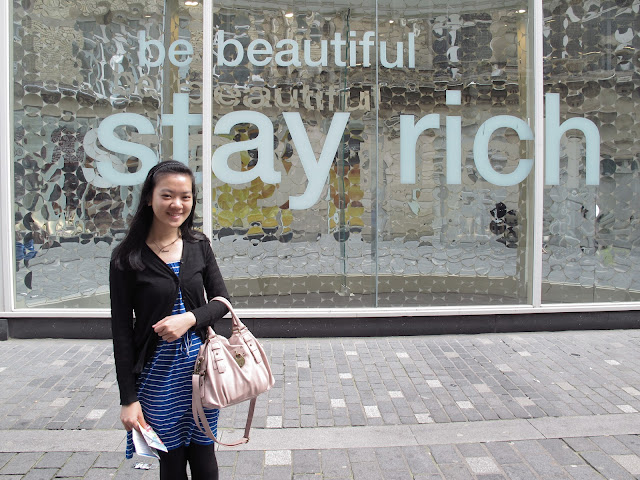 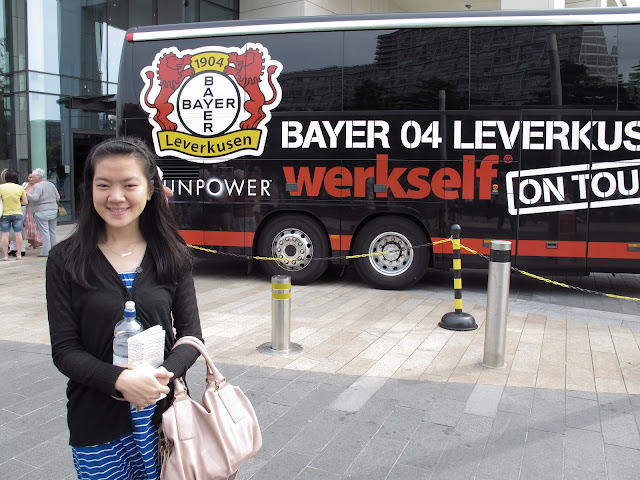 On the way to Albert Dock, we saw Leverkusen's bus outside Hilton hotel! Heard that they had a match with Liverpool team. We did not get to see the team in Liverpool BUT on Sunday, when we were queuing up on the airport, the Bayer Leverkusen team was apparently queuing up together with us lol. They were in front of us hahaha. They are very tall! More like basketball player hahaha. 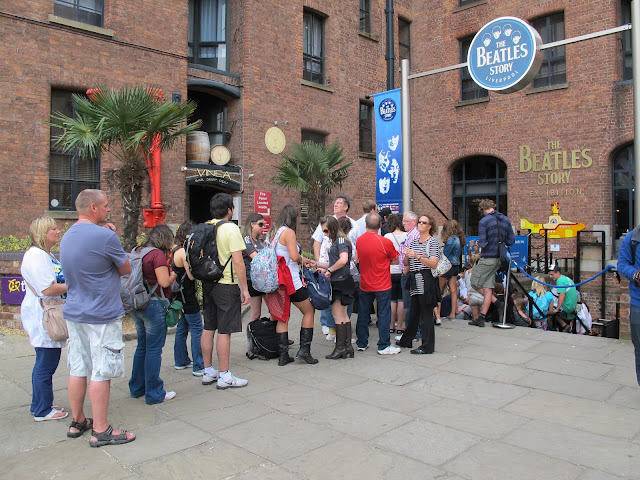 Wanted to go in THE BEATLES STORY EXHIBITION but see the queueeeeee!! =((( me and adi straight away heartbroken lol. Coz we still wanted to go to Manchester to visit Old Trafford so we won't have enough time to queue for this T_T. Nvm, a reason to come back next time. Ahahaha.

And around 4 we decided to leave, but we kept stopping in some shops and shopped lol, so it kinda delays our trip to Manchester. 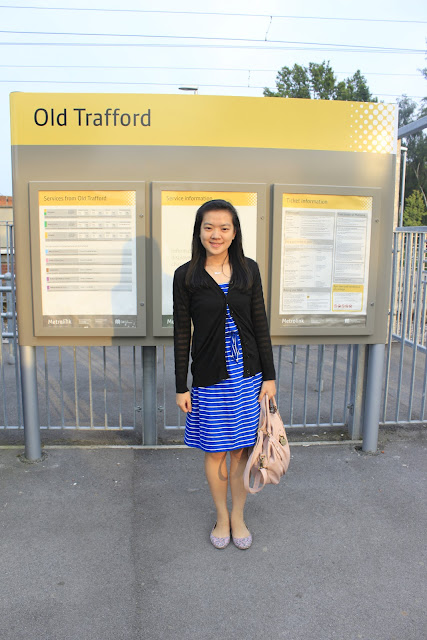 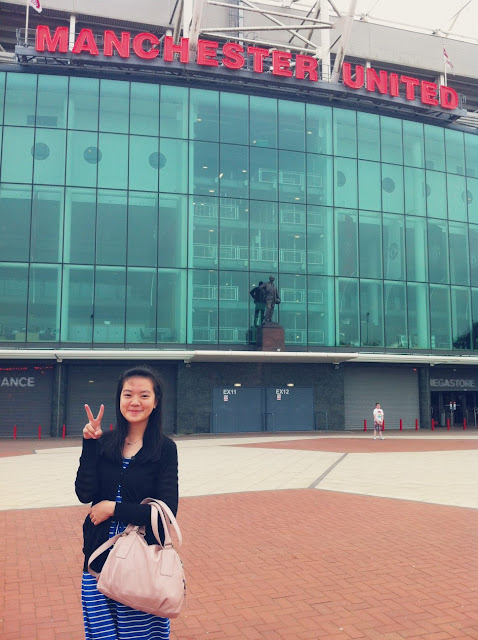 By the time we reached Old Trafford, it's just nice 7 and the guard was just closing the stadium lol. I learn to be always positive. See, because it's already closed, only 1 person disturbed my picture LOL. 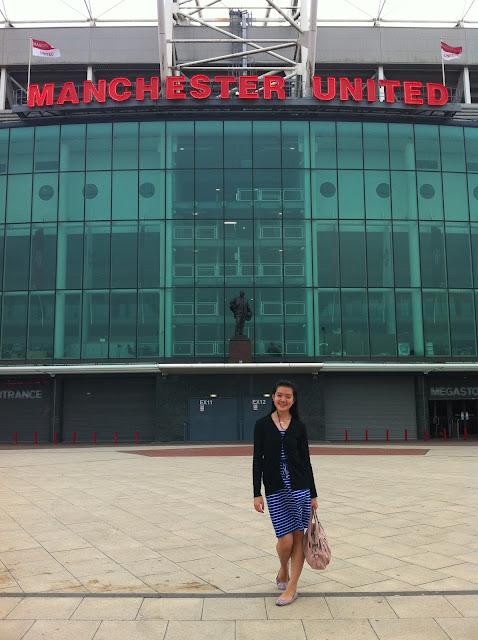 Being content after taking pictures outside MU stadium, we went back to Lancaster hahaha. We kinda did 4 cities in a day lol. Cool, right? And I am actually pretty satisfied with that day ^.^ Only not so satisfied I three times went to Manchester but none of them was really going around the city lol. Is like this Liverpool was done in a day but Manchester three times still not yet -.- coz the first one was only to visit the area around BBC and the second one because we traveled in group and the time was very limited.. we need to wait for each other and end up we actually didn't really go anywhere lol.

I called it as a sign to ask me to visit that place again hahaha!!

That's all for now!
Nites!