Control Your Anger and Express It Differently

Today, just now, an angry old lady just called and scolded me. (I assume she is old since she scolds like an old auntie).

She called me two minutes just to scold me for something she had done wrong.
She had done something in an incorrect way. She submitted. I was asked to check. I checked. I found out there's a mistake. I told. About half an hour later I got a phone call. I was scolded.

She was mad. And her scoldings make me mad. She was scolding me for something not even in my control. And it was her mistake. People. Sigh.

I was trying to chill, or more to ignorance. I didn't talk to her loudly like the way she talked to me. I didn't reply her back with her tone. I didn't say such hurtful words like the words she used.

Instead, I was sort of being nice I think. For a start. Until she kept scolding me. So I turned into ignorance. And she scolded me to for being ignorance. Hahaha. Don't know what this aunty wants.

She then hung up the phone when I no longer said any word. Because I think whatever I say, she will keep scolding me and the stuffs she said ain't that nice.

I was mad. I feel like emailing her and her bosses and everyone and ask her to apologize to me.  For the things she had said. For her own mistake. And also to thank me because I helped her. I was angry, too.

But I didn't do that.

I tried my best to control whatever I could have done that perhaps won't be nice, either.

Instead, I talked to my colleague whom had asked me to check and she talked to her boss. Her boss talked to her. I guess case closed then.

However, as I write this, I am thinking, why was she so mad angry crazy piss off like that, while it was her own mistake and the correction was for her own goodness for God's sake.

Why does angry exist and why can't some people control their anger and end up hurting people?

I was hurt. I forgive her but it's just that it ain't easy to forget what she had said.

Why didn't she think what could have happen if I take whatever she says not for granted? How if I start banging my head to the wall? How if I send cockroaches to her workstation? How if I am angry enough I fly all the way to find her and cut her hair to bald? How if I am stressed out and I OD drink too much coke? How if I go to the mall and shop like mad? How? How? Tell me howwwwwwwww?

She's lucky I didn't do that.

But to entertain myself, I'd like to think why she did that. I think she had a panic attack. Maybe this is her is her first time making mistake, and she was so panicked even she could make a mistake. Or maybe she had always made a lot of mistakes and she was so angry at herself that she made another one and bored of scolding herself, she scolded me. Or maybe she has just nothing to do and she thought it would be fun to just randomly scold me. Or maybe that's the only way she knows to talk, loud, full of rage, and she had no good vocabulary. Or maybe she is just merely crazy and the only way to heal her is to scold people. Poor her.

But it's so obvious she felt insecure. After all she had just made a mistake, and probably she will get scolded for that mistake.

I admire her boyfriend (if she has one) if he could survive her.

I wanted to advise her to find other way to express her anger in other ways rather than scolding an innocent cute girl like me :p, but I am afraid she would scold me again so I just write them here not hoping she will find it though haha.

Anyway, in my very humble opinion, she could do other things without harming others, for example:

1. Do charity
I think this is a very good idea. Whenever she feels like scolding people, she should just take out her wallet and give some money to those who need or just random people. Or she could buy random people useful things. She is angry and she gave money to little girl on the side of the road "I am so angry I feel like giving you money!!" Brilliant idea. She could express her feeling without hurting others, instead she makes other people happy! Wow!

2. Just cry.
She could just cry and cry and cry. If she is mad for her own mistake, and afraid she would get scold, she should just cry. People will pity her lahh, cry already, won't scold her wan. But if she scolds especially for her own mistake, high chance she will get double scoldings. So she should just cry. Maybe she will be lucky enough (like me) to get a free burger coz I cry when I was once angry. Or the least, she will get tissue. And this is not harming anyone. Nope.

3. Start a blog.
Another good idea! She should just write a post every time she is angry. Like what I am doing. Just start a blog! Maybe if she is angry enough, she could even be famous for her anger posts? Angry birds also can be so famous. Why not she becomes angry aunty? Create a blog full of creative anger expression. I think she could be as famous as Xiaxue (maybe).

4. Paint or Draw
Or if she couldn't write, she could think of painting or drawing. Hmm, maybe she can be a famous painter too? You know, when she is angry, she could throw away all the colors (like what Katy Perry did) and make an abstract painting. Who knows there are some people out there find her paintings to be very artistic. Let me give her an example of my anger drawing. 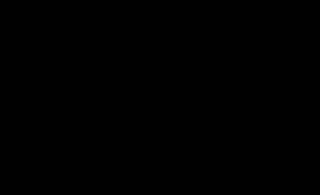 The founder of this place is very brilliant!!~~ Nah go to this link: SmashHouse and they are currently having promotion at Groupon. Go grab now! Nice idea right!!

See!  I could find five better options to do when she is angry rather than scolding. My ideas could bring joy to other people, make her get free burger, give profit to smash house owner, and best of all, ain't harming anyone!

I am so brilliant. You're welcome.

Posted by Leni at Tuesday, October 29, 2013
Email ThisBlogThis!Share to TwitterShare to FacebookShare to Pinterest