Last two weeks, By the time, I continue this post and finish it, it has already pass two months lololol.
I went to Belitung Island. I was very lucky as at first it wasn't me who supposed to go. I was just the replacement but nevertheless, I am grateful I can go hohoho. Gratitude is the key of more free trips u know! :p

Belitung is an island on the east coast of Sumatra, Indonesia in the Java Sea.
This is my first time to Belitung. My trip is only two days one night. I know it's a very short trip but right, spending too many days there also I don't know what to do. There's no shopping mall, no cinema, got karaoke though, and countable karaoke places.

I asked the guide what's the entertainment in Belitung, he said chilling by the beach. I figured that's pretty cool too, since we don't have that in Jakarta, and no admission fee. Just bring your own coffee and hang out with friends.

Before you go to Belitung, especially for us people who can't get disconnected, we have to know that only 3 cellular providers work in Belitung: XL, Telkomsel & Indosat.

I am using Indosat so my phone supposedly worked there, but most of the time, it didn't. The 3G I mean. The edge sucks too. So basically my phone not so working la. I suggest if you want to stay connected all the time there, you bring Telkomsel haha. My friend used telkomsel and he can even tether his to me.

Second thing you have to know, like any other island, it's very hot in Belitung! Bring your sunblock yo! I didn't get any sunburn or darker, my sunblock sf 110 lol and I only spent two days. But if you decided to spend more days and do not want to get tan, then bring your sunblock.

So I went there early in the morning, flight was at 7 AM. It took us only 45 minutes to reach there lol. I closed my eyes a while and the pilot already said we are landing soon. I joked to my boss saying that my journey to the office even took longer than we go to Belitung.

After we reached, we went to the Rumah Adat and had our breakfast there. 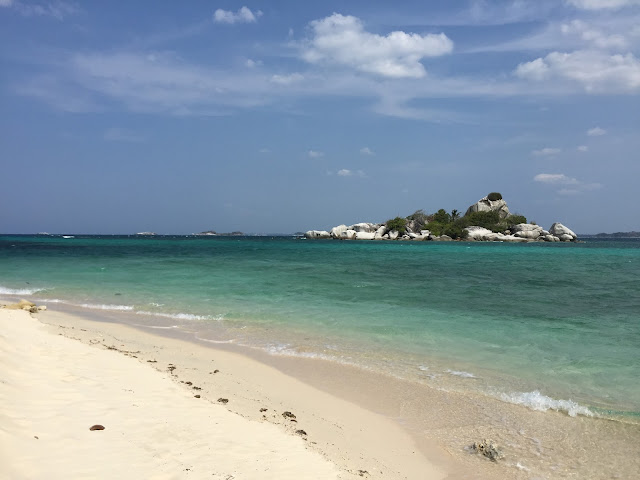 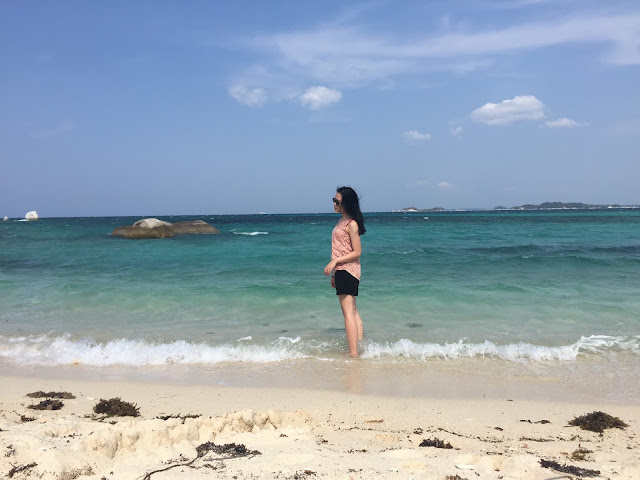 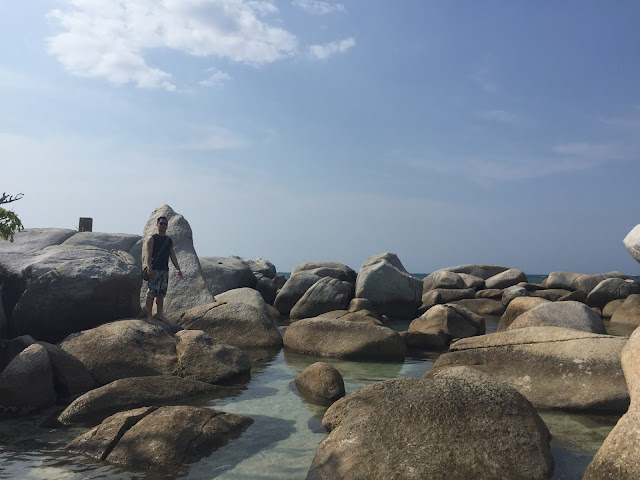 It was actually a very pretty island too!! If you google this "Pulau Batu Berlayar" you can see all nice pictures!! Let me help u with one:

After that we went back to Pantai Tanjung Kelayang to go back to our hotel. We stayed in BW Suite Belitung Hotel.

The next day, we went to Pantai Bukit Berahu, Pantai Tanjung Tinggi and also last check in at Danau Kaolin, before we finally fly back home to Jakarta.


After that we went to Tanjung Tinggi Island, the film site of Laskar Pelangi (Rainbow Troops). 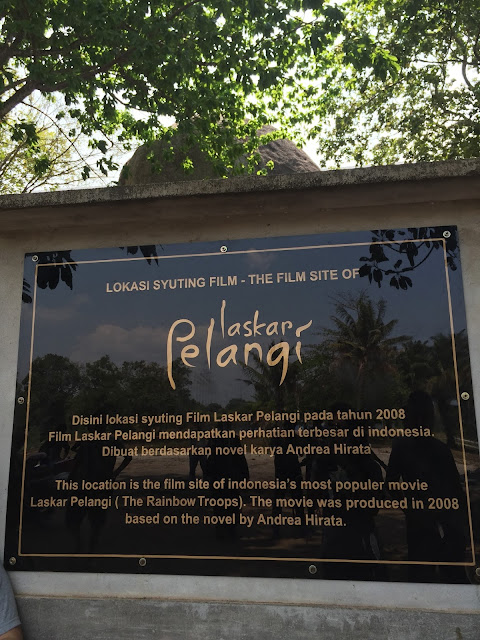 IT WAS THE PRETTIEST!!!! 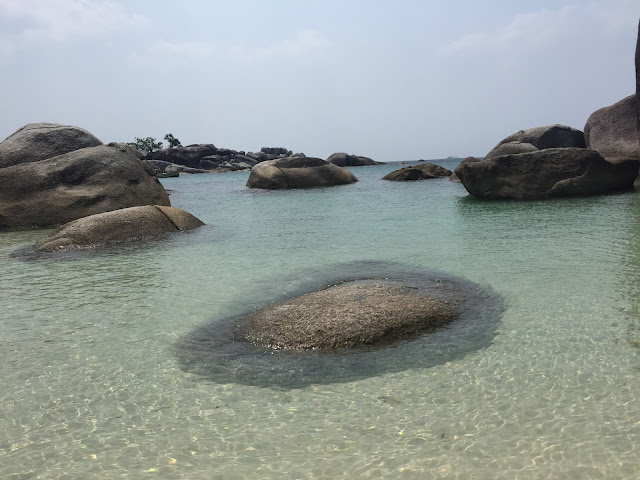 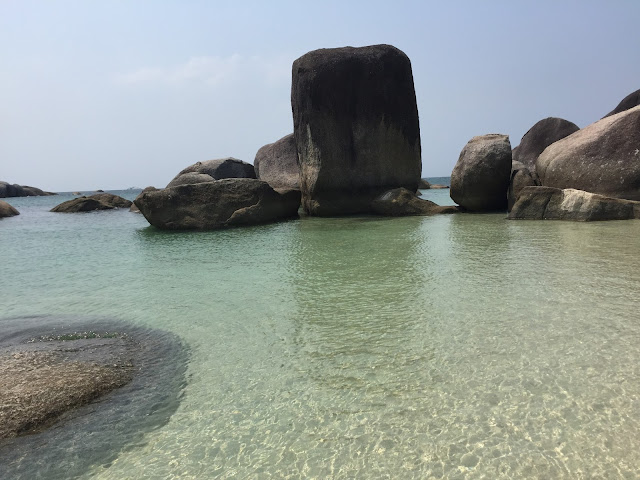 And of course I can't daydream all day. We have to move and our last stop was Danau Kaolin which I think is so amazing...... Too bad we only have like 5 minutes left lol coz our flight is boarding soon!!


There is a reason I actually put priority on this Belitung trip blogpost among all my trip post which I keep procrastinating lolol.

Our tour guide told us that currently Belitung started to have many visitors come to visit. However, most of the tourists are us Indonesians. Not many foreigners have started to visit this beautiful island. While many things can yet to be improved in this trip, I think this island should be considered as a short getaway destination, like our 2 days 1 night trip and also it's not that expensive :) (or so I thought?)


So I hope my post can help anyone who, by any chance, bump into this post and thinking where to spend a weekend in Indonesia!


Signing off to have some dinner.
Hopefully can come back soon to write another post!
Bye!